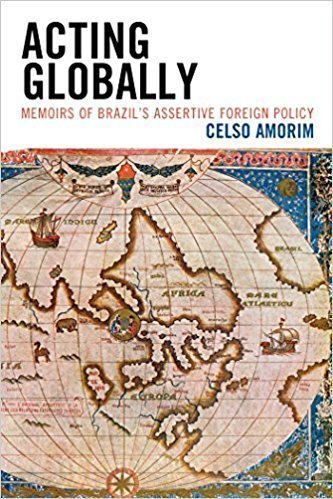 “Between 2003 and 2010, under President Lula, Celso Amorim was at the forefront of an important period in the history of Brazil’s international relations—one in which the country practiced a newly assertive foreign policy, extending its diplomatic reach to the global stage. This book consists of three narratives: the pursuit of a peaceful, negotiated solution to the Iranian nuclear issue; Brazil’s diplomatic efforts in relation to the Middle East, which included recognizing the State of Palestine; and the country’s leading role in the Doha Round of multilateral trade negotiations. The narratives take the reader on a journey behind the scenes of global politics, combining detailed accounts of international negotiations with candid and insightful descriptions of the countless world leaders Amorim came into close contact with—including, to name but a few, Hillary Clinton, George W. Bush, Barack Obama, Mahmoud Ahmadinejad, Tony Blair, Manmohan Singh, Mahmoud Abbas, and Benjamin Netanyahu.” (Rowman and Littlefield Publishers)

Admission is free, but seating is limited. Reservations are required
RSVP by April 6th at actingglobally.eventbrite.com