In commemoration of the Bicentennial of the Independence of Argentina, launching a digital version of the book Buenos Aires 1910: Memoria del Porvenir 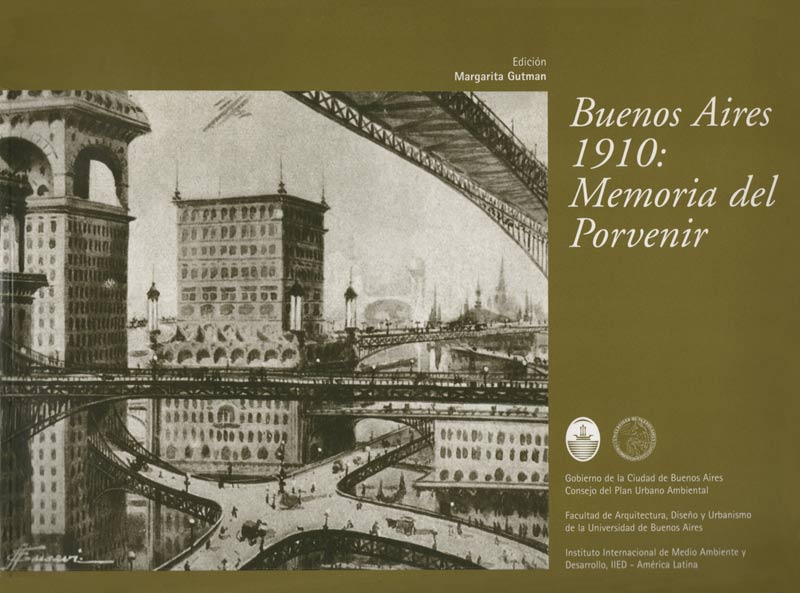 After many years of having run out of print and many requests to return this book to publication, in this Bicentennial year, we have completed the digital edition of the book catalog of the exhibition “Buenos Aires 1910: Memoria del Porvenir”, presented at the Abasto Buenos Aires, the World Bank in Washington, and the World Financial Center in New York (1999-2000).

This contemporary multi-media exhibition showed the richness and power of the city at a critical juncture in its history, in the early twentieth century. Past, present, and future. Images, objects, and sounds. Inventions, anticipations, and dreams. Conflict and euphoria. All were part of Buenos Aires 90 years ago.

The book, catalog, bilingual (English and Spanish), contains a visual story based on 260 images and objects from 40 public and private archives. 100 of these objects were previously conserved and prepared for exhibition at the Conservation Laboratory of the Antorchas Foundation. These images are highlighted by the texts of 40 historians, architects, academics, officials and politicians. They show fragments of the daily life of our ancestors and the way they prepared themselves to live a future of unlimited progress. That future is our present. That anticipated city is where we live today. It’s time to build the future of memory.

This book has received the First Prize for the best book published in the last five years in Ibero-America on Architecture, Design and Urbanism at the II Ibero-American Biennial of Architecture and Civil Engineering, held in Mexico City in September 2000.