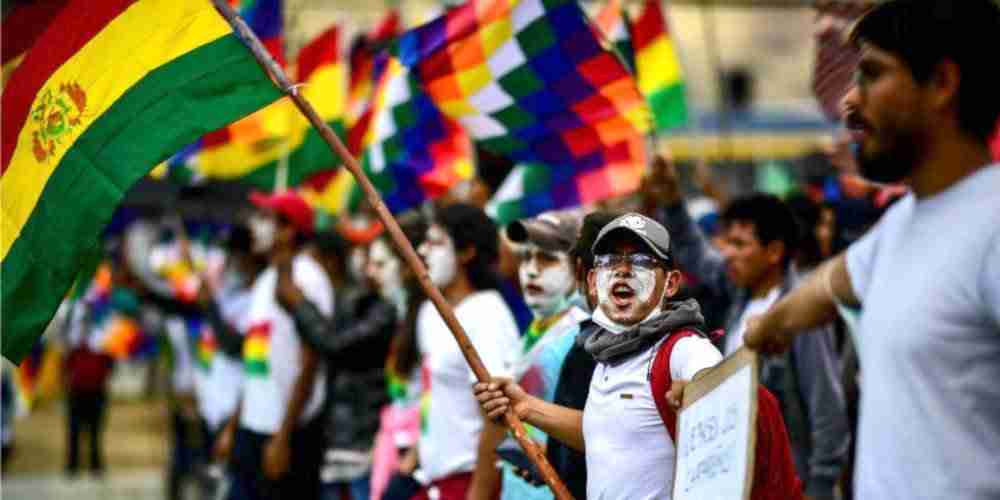 Sunday, October 20, 2019, at 8:00 p.m. Some voices denounced a possible fraud. The general elections for President, Vice President, Senators, Deputies and Supra-State Representatives of the Plurinational State of Bolivia had been held, with complaints of digital irregularities. These could potentially have allowed the manipulation of data, spoofing of records and other manoeuvring actions of the electoral fair.

The System Transmission of Preliminary Results (TREP in Spanish) showed approximately 83.76% of the total vote count, an electoral milestone of loss of support for former indigenous president Evo Morales, concerning his important victories in 2005, 2009 and 2014 since everyone expected a second-round with his contender Carlos D. Mesa Gisbert, the historian, former president, and journalist. This count indicated approximately 45.7% of support for the ruling party (Movement for Socialism and Instrument for the Sovereignty of the Peoples MAS-IPSP in Spanish, Morales’s political force), compared to 37.8% for the Citizen Community Alliance (CC in Spanish), an organization lead by Mesa. This circumstance allowed a second electoral round, where the two most voted would have participated. That is, both parties mentioned, leaving aside the other 7 political groups of the 9 total participants in that election competition.

In a context of strong polarization and mistrust, the protests intensified as of Election Day. On October 21, a group of protesters set fire to the headquarters of the Departmental Electoral Tribunal of Chuquisaca, the capital of the Plurinational State, a fact that preceded the burning of the Departmental Electoral Tribunals of Potosí, Pando, Beni and Santa Cruz. In the latter department, the Pro Santa Cruz Civic Committee called for the mobilization of citizens, led by Luis Fernando Camacho, in resistance to the alleged electoral fraud. At the same time, Carlos Mesa, the leader of the opposition and the alleged to be the most ruined of the so-called fraud, called for civil mobilizations for resistance in the streets, which strengthened the energies of the protesters.

After 21 days of mobilization and several waves of protests and counter-protests that claimed the lives of militants both in favour of Morales and against him. On November 10, 2019, preceded by police riots and the withdrawal of support from the Armed Forces, which refused to repress protesters, the former indigenous president resigned from his post and called for new elections with electoral authorities that guarantee impartiality.

After two days of a power vacuum, on November 12, 2019, in an extraordinary session of the Plurinational Legislative Assembly (Bolivian Parliament), an atypical succession happened. Jeanine Añez Chávez, Second Vice President of the Senate, as a result of previous resignations of the higher authorities called to assume the direction of the country, took the presidential chair responsibility. Thus, in a session, without a quorum, a new government was consolidated, which in subsequent days dealt with the violence of several protests in support of former President Morales. These demonstrations, allegedly led by the aforementioned leader, threatened to surround cities to leave them without food and supplies. The protesters also sought to seize physically strategic instalments of resources such as the Senkata hydrocarbon plant in La Paz, and also cause other violent actions, which led to the disproportionate use of force by the police and military, leaving grief and deepening the division of the country.

In a scenario of transition to elections, despite Añez’s only mission to lead the country to an electoral fair, the interim President announced her candidacy for the country’s presidency. The elections were scheduled for May 3, 2020. However, the coronavirus pandemic generated a series of arguments for political forces that did not want that date as election day. Therefore, the then government of Jeanine Añez, tainted by monumental allegations of corruption, including the global scandal of corruption in the acquisition of respirators in times of need in public health, supported the idea of ​​a postponement, together with the forces that had fewer opportunities to aspiring to the presidential seat, including the new political organization Creemos, led by Luis Fernando Camacho, former Santa Cruz civic leader, that played an important role in Morales’ resignation.

The decisions of the Supreme Electoral Tribunal to postpone elections brought with them strong consequences in the country. This happened because various social sectors demonstrate at the height of the pandemic, protesting against these decisions. These mobilizations reached their greatest strength at the end of July, which consisted of road blockades, open threats of civil war and massive marches amid the worst health crisis in the history of Bolivia. This circumstance was aggravated by the irruption of various irregular groups, an inheritance of the mobilizations resulting from past complaints of electoral fraud, fueled the spirits to divide the country, in one of the worst times of his republican life.

However, the demonstrators and the Supreme Electoral Tribunal reached an agreement, and the general elections were held on October 18, 2020, almost a year after the questioned and annulled elections of October 20, 2019. In a very different scenario from the previous one, with Luis Arce, a prominent middle-class economist, former Minister of Economy, Morales’ henchman and candidate for the Presidency, together with David Choquehuanca, former Foreign Minister, diplomat and Aymara leader at the head of MAS-IPSP, a favourable victory was obtained for this political organization. This happened amid the mediocrity and division of the opposition political forces. Although former President Añez declined her candidacy for the presidency, this fact was not enough to seize power electorally from MAS-IPSP. On the one hand, Luis Fernando Camacho, capitalized on a vivid victory in the department of Santa Cruz but achieved a tiny percentage in the rest of Bolivia. And on the other, Carlos D. Mesa, obtained a very short national percentage, with the high expectation that was due to the statistics that marked him favourably. He obtained such a low percentage that it was only comparable with his presence on the streets since he was not seen by the population personally, but only through social networks and the media.

The results were also questioned. However, given the acceptance of them by the then President Añez and Morales’ main contender, Carlos D. Mesa Gisbert, on October 18 and 19, 2020, respectively, the victory was consolidated, endorsed by the Supreme Electoral Tribunal. In this way, Bolivia entered a new historical period, with President Luis Arce, setting an economic agenda for the recovery from the crisis left by the pandemic, and Vice President David Choquehuanca, who in his inauguration speech vowed to redirect his political party towards dialogue, democratization, tolerance with dissent and transparency.

The results of the general elections of October 18, 2020, marked a scenario that was sensed from the first movements of October 20, 2019. There is a Bolivia divided by political thought and even by cultural identities that marked the trend to vote. With 54.73% of the votes to MAS-IPSP, 29.16% to CC, 14.06% to Creemos, and the rest to minority political fronts, this statement is a vivid reality. This happens mainly because MAS concentrated votes, once again, from the rural area, and disadvantaged sectors, who constitute the majority of Bolivia, a developing country. While the CC partially agglutinated the vote of the middle class, located in the department capitals, except in the city of Santa Cruz, where a candidate from that city with a regionalist discourse, achieved the majority vote in the capital and in the department.

In this regard, the political division of Bolivia is reflected in the ballot box. This happens because the configuration of social layers, according to what has already been stated, is in constant conflict. Violent events, chants of civil war, confrontations and mobilizations even despite the pandemic, are dangerous elements for the unity of a country. Bolivia is now facing the uncertainty of its future, since not only is the second wave of pandemic looming, which brings with it an economic and social crisis, but also new elections are approaching on March 7, 2021, in which the new authorities of mayors and governorships will be decided. These extremes make the future of the fight against the coronavirus uncertain, the lack of employment and the division of the country. As the liberator Simón Bolívar proclaimed, the man who inspired the name of this country, the most powerful strength is unity. It will be the path that Bolivians must take, to overcome the vicissitudes that the uncertain future brings in 2021.