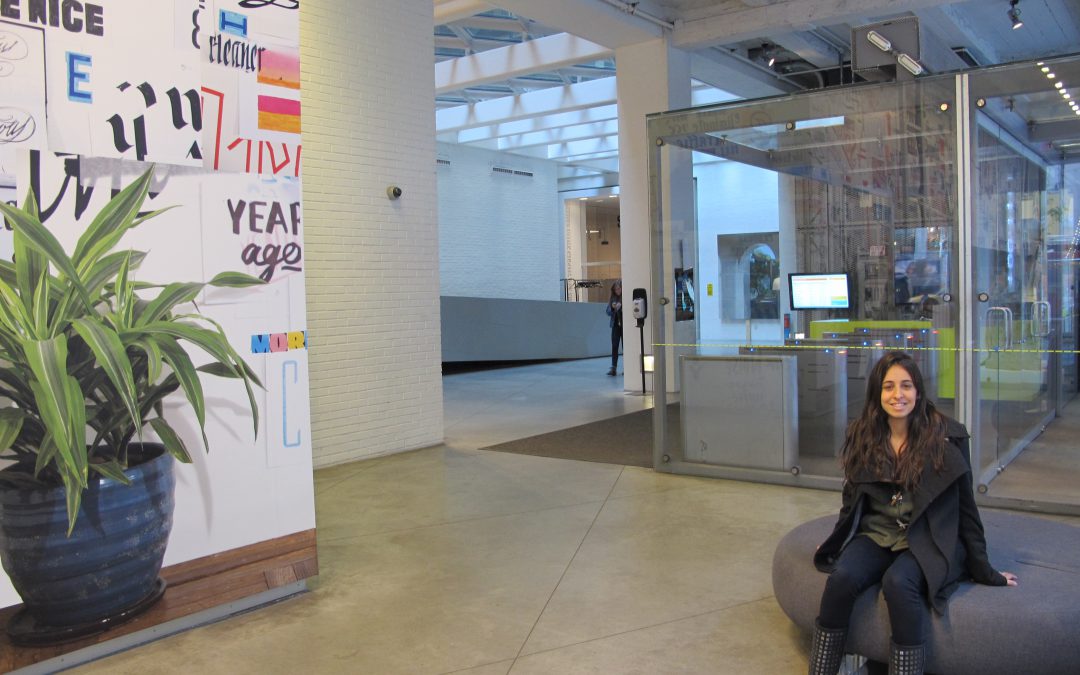 The winner of the competition “FADU and Social Development”, María Candela Izaguire Ribas, last month shared her work with professors and students from design classes from Parsons The New School for Design, in New York.

“I was anxious about coming to such a renowned school as Parsons, I fulfilled a dream,” said Candela as she concluded her stay. During four days, the student met with Cynthia Lawson and Laura Sansone, design professors from The New School, and with Sara Bissen, graduate from The New School Graduate Program in International Affairs. She shared with them her experience working in the project for which she was awarded, “Participative and Sustainable Design. Enhancement of wool craft production in the community of San Andres de Giles.” The project was developed in the subjects History I and II, Valdes Chair and Geometric Fundamentals, De Zen Chair. She also attended and presented the project at different classes from the Parsons school, like Fashion and Violence, Fashioning Social Movements and Creative Construction.

“San Andrés de Giles is a semi-rural community in Buenos Aires province, where the main economic activities are agriculture and stockbreeding. The community was raising sheeps but only using them for meat consumption, and the wool was not being used. When we talked with the women, we realized that instead they were using synthetic wool that they got when somebody travelled to Buenos Aires city, since the train that reached the town stopped running in the 1990s,” explained Candela.

Given the situation, professors from the University of Buenos Aires Architecture and Urban Design School (FADU) decided to implement a project to transfer knowledge from the designers and a group of female artisans in a vulnerable social situation in San Andrés de Giles.

“When we saw their designs we realized they lacked local identity. So we worked to improve the designs through the exchange of knowledge between professors, students and local artisans,” recalls Candela. The aim of the project was to develop a collection of clothes and accesories made from sheep wool that had a local identity, and to give the artisans the capacity to produce in a massive scale, in order to offer their products in medium-sized markets.

“We decided to work on the poncho, very typical of Argentine culture and the gauchos. We chose basic and plain geometric shapes, so that they would be easy to reproduce for the artisans. The products were now more attractive, and this allowed them to enter new markets,” Candela says.

“Here in New York, I had the opportunity to talk with people who are working on similar projects, for example in Guatemala, and I got their feedback and different points of view on the work we did. I learned many new techniques, I was enriched by this experience. In the future, I hope to be able to work in a project related to the social and to put in practice all I learned in these days,” she concluded.

This program is supported by the JULIEN J. STUDLEY FOUNDATION
Tags: Calls