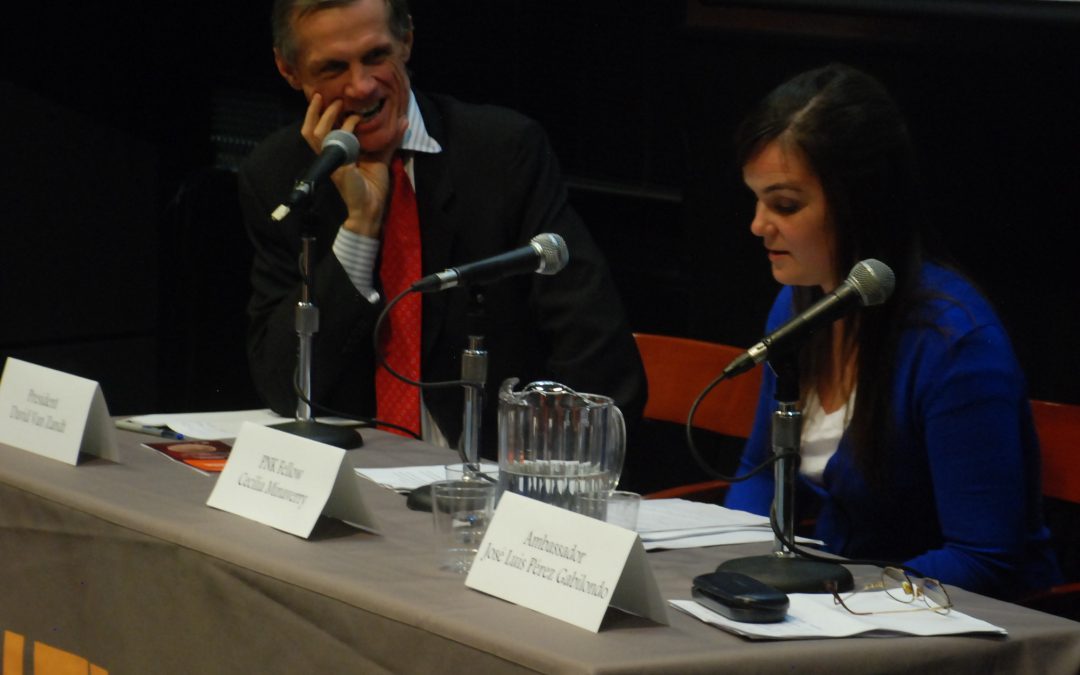 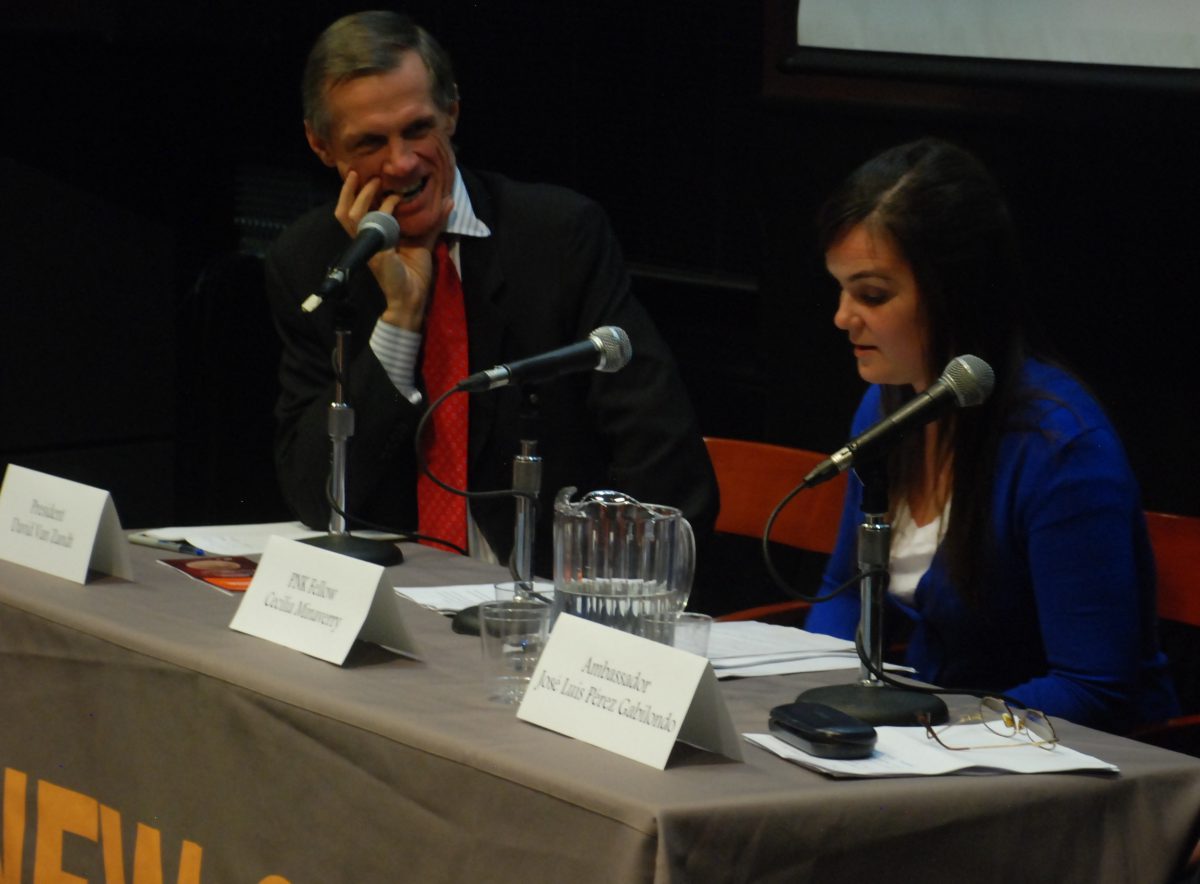 Cecilia María Minaverry from Córdoba, Argentina, successfully completed a two-week academic exchange at The New School. During this Fellowship, Cecilia focused on the question of international arbitration between investor and state, and the complicated case of Argentina following the economic crisis of 2001. She analyzed current mechanisms used for dispute resolution, and developed recommendations for reform of the current systems in place. Cecilia was the first Fellow of the 2012-2013 President Nestor Kirchner Fellowship to visit New York.

+ What does it mean to be a Néstor Kirchner Fellow?, by Cecilia Minaverry 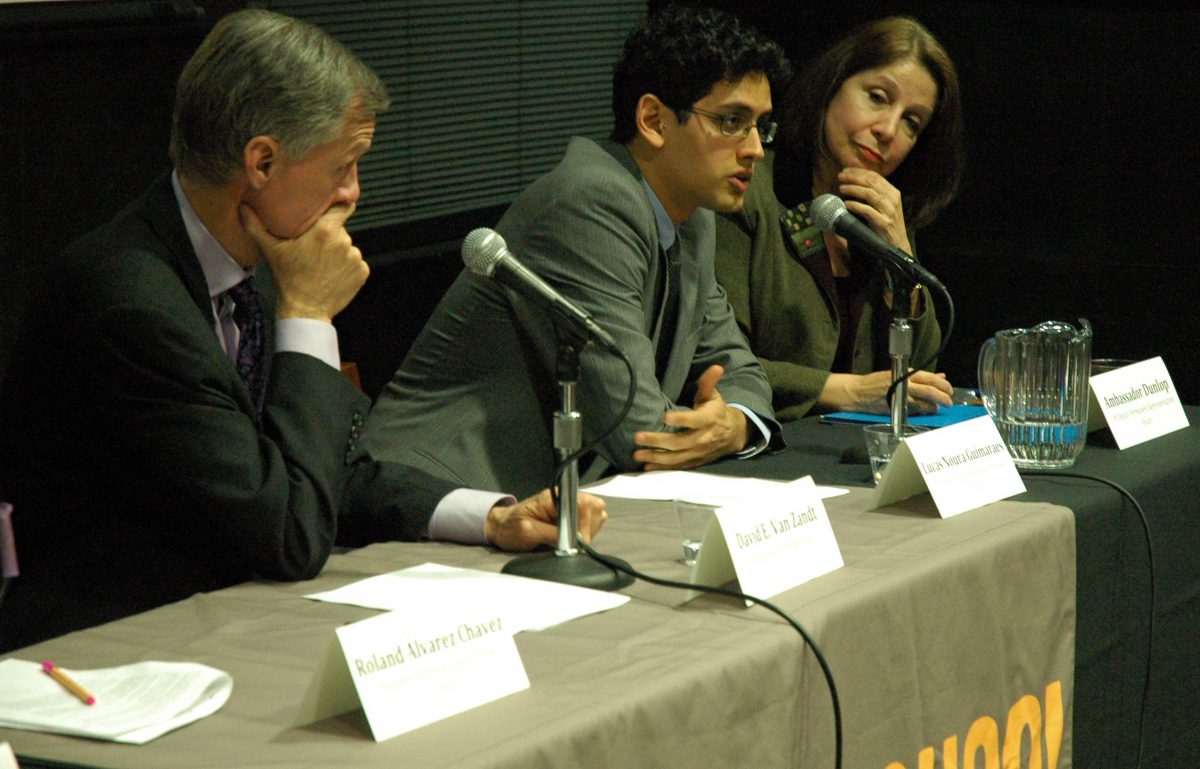 Lucas Noura Guimaraes, PNK Fellow2012-2013, successfully completed his Fellowship at The New School. During his two-weeks in New York, he worked tirelessly to improve his research and to develop new concepts, ideas, and critiques of his work. He wisely used the opportunity to improve upon his research plan, and met with many individuals that assisted him in clarifying his ideas, creating new ones, and discussing realities of the renewable energy sector.

Lucas’ research focuses on development of the renewable energy sector in relation to regional integration in Latin America. He is looking at ways in which to improve energy security, defined in human terms, by integrating resources across international borders, and supporting renewable energy development to overcome limitations of finite energy resources such as oil or gas. Currently, Lucas is working towards his PhD in Law, focusing on these issues, at the Freie Universität in Berlin, Germany. Previously, he served as a legal advisor to the Federal Attorney in the National Electric Energy Agency (ANEEL) of Brazil. He also holds a Masters in Law and Public Policy from the University Center of Brasilia – UniCEUB.

+ What is it like to be a President Néstor Kirchner Fellow?, by Lucas Noura Guimaraes 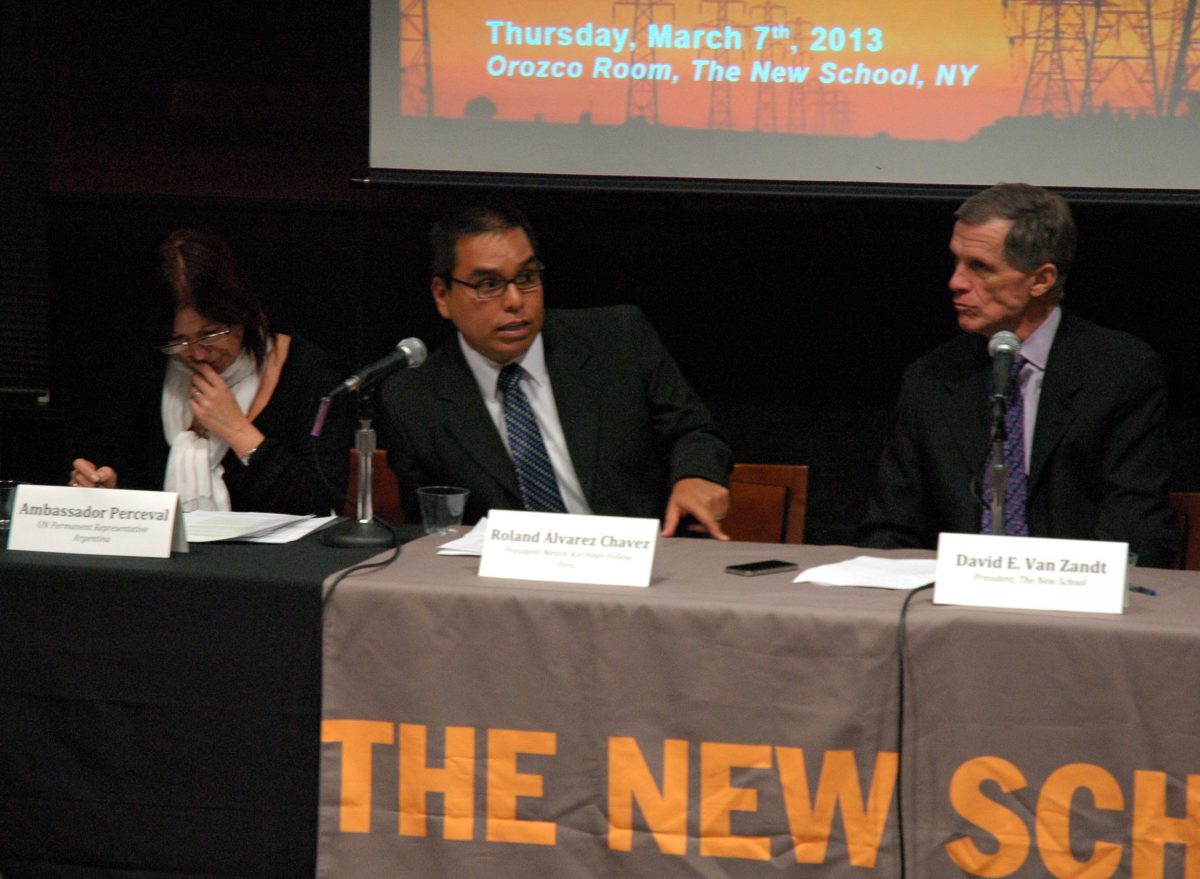 Roland Álvarez Chavez, PNK Fellow 2012-2013, has completed his Fellowship experience in New York. For two weeks, Roland met with experts in the field of human rights, LGTB rights, health, governance, activism, law, and gender studies, to discuss his ongoing research. Roland won his PNK Fellowship based on his demonstrated commitment to public service and academic contribution to the field of sociology in relation to the LGBT community in Peru.

Roland’s research was centered on the marginalization, exclusion, and reproduction of poverty in Peru’s LGBT community. As a case study, he focused on the experience of Peruvian transgendered sex workers who migrate to Italy and Spain to overcome economic and social marginalization in Peru. His analysis presents a close-up on the role of the State in entrenching inequalities in Peruvian society. Through his research, he is asking challenging questions on rule of law, society, governance, role of activists, societal structures, human rights, questions of identity and representation, international migration, and economic impacts of exclusion. Roland is a sociologist and LGBT activist for the Homosexual Movement of Lima (Mhol). He specializes in social development projects, with emphasis on health issues, citizen participation, human rights, surveillance, advocacy, and social research projects.

+ My experience as a President Néstor Kirchner 2012-2013 Fellow, by Roland Álvarez