The Winner of the Call “FADU and Social Development” will visit The New School, New York 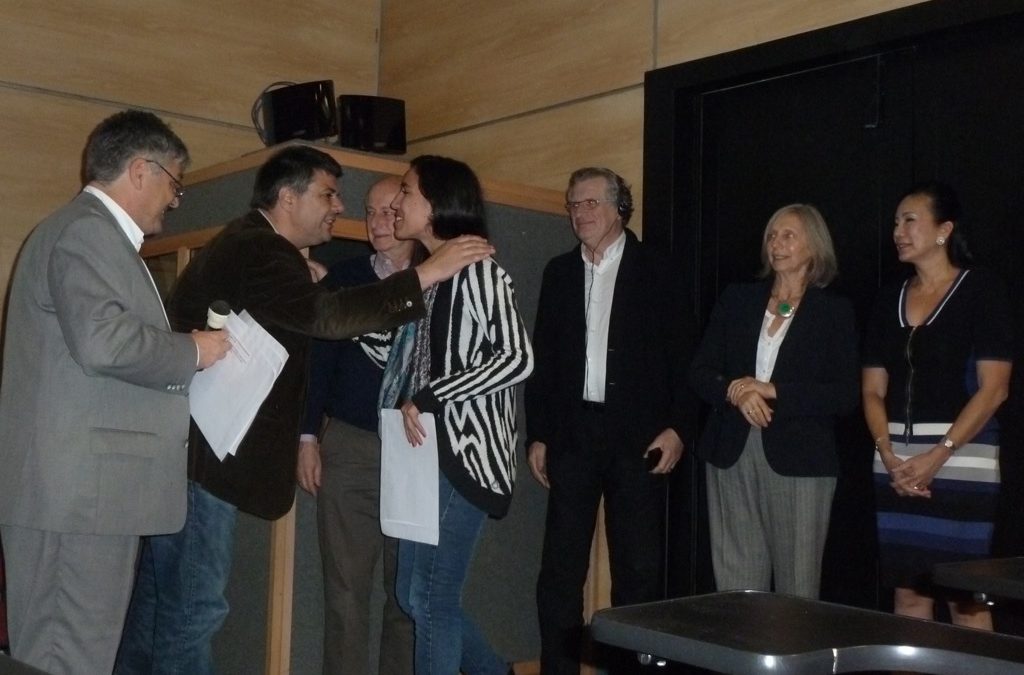 The selection of winners of the Call “FADU and Social Development” took place on May 29, during the Second International Symposium “Urban Transformations and Anticipations”.

An international jury (*) selected a First Prize and four Distinctions between 42 works, which were displayed at FADU’s Horacio Baliero Room during the Symposium. This exhibition, curated by Guillermo Cabrera, had been previously presented at the Argentine Consulate in New York. 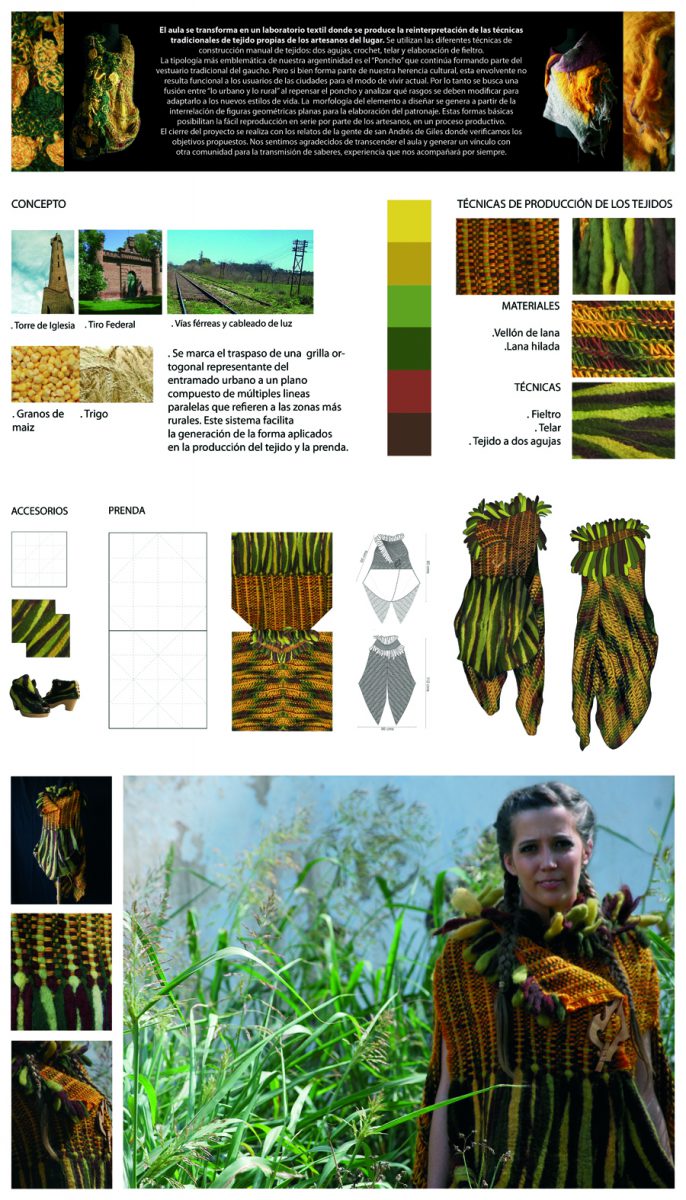 Maria Candela Izaguirre Ribas, a student of the School of Fashion and Textile Design, FADU, UBA won the First Prize. Her work “Participative and Sustainable Design. Enhancement of wool craft production in the community of San Andres de Giles” was developed in the subjects History I and II, Valdes Chair and Geometric Fundamentals, De Zen Chair.

Maria Candela will be visiting the New School in New York between 19 and 22 November 2013; she will share her work with students and professors.

The main objective of the project was the exchange of technical knowledge between designers and a group of knitters in social vulnerability of San Andres de Giles, Provincia de Buenos Aires, Argentina. The purpose of this exchange was to develop a collection of apparel and accesories made from sheep wool, that had both local identity and possibilities of mass production, in order to access larger scale markets.

A traditional argentinean garment known as “poncho” was selected to carry out the experience. During the process, its morphology was modified by reducing it to plane geometric figures, in order to facilitate replication; it was also redesigned to adapt it to moder urban use.

+ See the results of this event

This program is supported by the JULIEN J. STUDLEY FOUNDATION
Tags: Calls